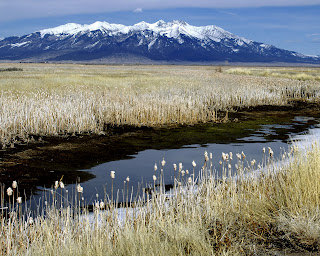 It's hump day, my third day of vacation and the third day I've been feeling like crap. Actually it's the sixth day I have been feeling like crap, but the other days I wasn't on vacation, so they don't matter.
Anyway, that's how it goes, I guess.
I suppose I'll survive.
Steve has to work all day today so I'll just do things I need to do, which are none too fun. My annual checkup is coming up so I have to go do lab work, and then I have to go to the post office and mail off that wood burning and then I told my brother he could come over for a while. That may not seem like something too awful to you, but you've never met my brother. He's got issues. I haven't really seen him in almost a year, even though we live in the same city, and there's a reason for that. I pretty much prefer not to see anyone in my family. It makes my life less stressful and much happier. I can't wait for the day when we move to Santa Fe and that will be eliminated altogether. It may sound harsh, but if you knew what I had to deal with with them, then you'd understand.
Anyway, about Santa Fe, Steve and I came up with an idea yesterday; we think we're gonna look for a trailer on some land and try to buy that instead of a house. We never thought we'd live in a trailer, but it would be cheaper and plus we could own some land. Even just a couple or three acres would be nice. We really just want to be away from everyone and live our own life and be as peaceful as we possibly can. There's still four years to go, so who knows how many times we'll change our minds between now and then.
Anyway, that's it for now.
Be nice to each other.
Later-