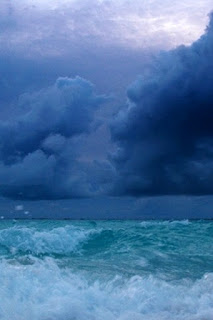 It was forty years ago today that the Stonewall riots took place. To be perfectly honest, I didn't know until today that the riots lasted for six days. I wonder if that makes me a bad gay person, not knowing my own history. Oh well, I try. I never did excel in History back in school.
But the fact remains, that the riots were a pivotal turning point for the gay community. It almost makes me wish something similar would happen again to get people to allow us to marry who we're in love with. But I'm not a very violent person, so deep down I hope there's another way.
But if those fuckers don't listen soon . . .
I haven't done much today. It's been too hot to venture outside without the fear of my skin burning off my bones. I went to the gym this morning, then spent most of the day working on edits for The Rise of the Son. I could have finished all of them, but Steve's working again tomorrow night, so that will give me something to do.
Speaking of Steve, he came up with a great idea yesterday. As soon as we sell the house (which will be soon, which will be soon, which will be soon), we (Steve, myself and Buster) are going to get in the Jeep and take a two week vacation and drive up to Portland. On the way we'll stop at some camp grounds and camp a few nights, we'll stay in motels some of the other nights. We're planning on seeing Yellowstone National Park, which we're both excited about. On the way back we're gonna stop at the Grand Canyon. It should be a whole lot of fun. A whole lot of driving, but still a whole lot of fun.
So, another celeb-type guy died today (what the fuck is up with this week?). Billy Mayes, the OxyClean pitchman died in his sleep. Apparently (from what I read) he was on some flight from Philadelphia when the plane landed really hard and blew a tire. All the luggage fell from the rack and he was hit in the head. I guess they didn't think anything of it because he was quoted as saying, "All of a sudden as we hit you know it was just the hardest hit, all the things from the ceiling started dropping. It hit me on the head, but I got a hard head." But now he's dead at 50.
Very weird. Makes you remember to enjoy every day of your life, because you never know when it will be your last.
So that's Ed McMahon, Farrah Fawcett, Michael Jackson and Billy Mays in one week (give or take a day). Strange.
Well, that's it for today.
Be nice to each other.
Later-