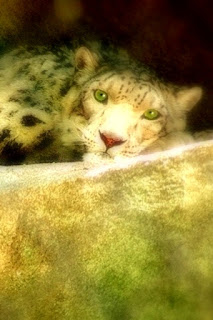 Another day is almost through. Another tick mark off the counter. Not much happened today. Same shit, different day. My good friend Anjela (she does the artwork for my books) and I are more than half way through Breaking Dawn, the final installment of the Twilight series. We've both read all the books once before on our own (mmm, Jacob), but we have been reading books to each other for almost two years now and started re-reading the Twilight books shortly after we finished them on our own.
Needless to say, we're fans.
Other than a very exciting reading hour with Anj, I spent the rest of the day in a frantic blur trying not to quit five years out of retirement (one problem after another).
But that was about it. Whoopie!
Now, I'm sitting here, waiting for the 101 degree day to cool down just a bit so I can go out and mow the front lawn. Loving Texas right about now.

I did read something interesting today, though:

"Obama signed a memorandum on Wednesday to extend healthcare and other benefits to unmarried domestic partners of federal workers".

Okay. That's does what for me? For most of us? Luckily I work for a city that already recognizes Steve. So that memorandum is just doing what should have been done a long time ago?

WHAT ABOUT ALLOWING OUR MARRIAGES TO BE RECOGNIZED THROUGHOUT THE ENTIRE COUNTRY?!!!!

Steve and I had to go to Canada to be married. And we felt more welcome there than we ever did/do here.

You know, I've never been very political, but over the last few years, especially after Steve and I were married, I've been following it more. Of course I'm partial to the political word or the gay side of life, since that's what pertains to me. But it's amazing, and hurtful, to realize how many people just don't give a shit that we're humans beings. Human beings in love.

There are breeders out there who are mean to other people. Cruel. Who may even kill other people. But when they want, they can just say "Let's get hitched" and there you go, they can go get hitched. Nobody says anything about them or what type of person they may be. They're straight, "Oh, that's okay, you may pass, we don't care about anything else".

Or what about the people who've been married two and three times. The ones who think marriage is a game. While we're on the subject, why don't we have a few dozen fucking reality shows about people meeting that one special person, falling in love with he or she in two weeks and then winning a marriage? That would be great entertainment!

Well to us it's not entertaining.

It's our civil right.

Okay, I'm done preaching. But I plan on making this blog something to read. So if I want to rant and rave when I'm in a bad mood and I'm feeling a bit pissed, I'm gonna do it. But I hope that won't be too often.

Good things are coming. I can feel it.