So we meet again- 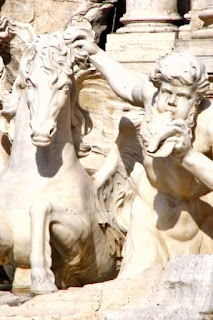 Hey, what's up? It's me again.
Since I've just started this new blog, I feel as if I need to let those who have no idea who I am . . . know who I am.
I'm a writer, living in Austin, Texas with his husband and their golden retriever, Buster. We (my husband and I, not Buster and I) have been together 18 years (Buster and I, 4 years). We were married in Canada last year (Steve and I).
I am the author of five books currently out. My four-book children's series:
The Magic Elevator-The Adventures of Johnny & Joey-
Back to the Elevator-The Adventures of Johnny & Joe-
Return to Animal Land -The Adventures of Johnny & Joey-
The Button That Should Never, Ever, Ever Be Pushed-The Final Adventures of Johnny & Joey.
(If I may plug myself , there's a great website, www.themagicelevator.com, that will give you a bunch more information about those books.
And I have also, my first published book, Blue Moon. This one is not for the children. It's the story of a man named Adam Keel and his transformation into becoming a werewolf and how he deals with it. It also happens to be a suicide note, written on the night of a blue moon-the only night Adam can take his own life.
There's a movie studio in California, and a wonderful producer who's been trying to get Blue Moon on the big screen. The first draft of the script is done, but the movie's a ways off still.
But that's cool, I have plenty to do. The second installment of Blue Moon will hopefully be out this winter. It's titled The Rise of the Son. There will be three installments in all, but the third is in the initial note stage.
I am also trying to get another of my books published titled Luthor. Although I have a few book out there, I'm at no point in my career where I can just snap my fingers and publishers fall at my feet.
But in time. In time.
Anyway, that's me for the most part. I'm just a guy trying to get up there. I work a day job until that happens, and when it does . . . see ya!
Okay, that it's for now. I will be back soon.
Later-