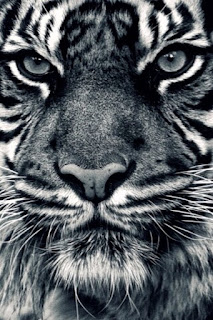 Well, today was another day that really sucked. I've been having a lot of those lately, and I don't know why.
It started out with an email from the IRS (or so I thought). It stated that, after reviewing their records, we are due a $1, 800 refund. It looked really official, the links to the treasury department and contacts and other crap. There was a separate page to be filled out to receive our refund. All we had to do was provide all of our information: social security number, credit card number where the money will go to, etc.
Even though it was 6:30 in the morning, I thought, "Mmmm, shouldn't the IRS have our social security number?" and it didn't specify our names. So, I thought I would try the "contact" button to confirm the deal. No dice. Every button I hit, brought me back to the same page where I was to enter my info.
Aaaaaaaaaah-bullshit!
I copied the email address and sent a lovely reply.
So, if anyone out there gets one of those, don't fall for it. The IRS isn't giving away money!
Anyway, then I get to work and the crap hits the fan: Someone calls in, the computers aren't working, this is fucked up, that's fucked up.
All day long!
So, I figure I'm gonna come home and have a glass of wine (I'm not a big drinker, so one should do it). Before I pour it, I step into the backyard (102 degrees today, by the way) to water a couple of potted plants. I was out there for five, maybe ten minutes at the most . . . Wham! Two mosquito bites!
So, I go inside, put alcohol on the bites and pour away!
Other than that, not much has happened.
I did check out the new Harry Potter website for the new movie coming out next month. It's pretty cool. I have to say, last year, when the movie was bumped because of Twilight, I was piiisssseed! I had no idea what the fuck Twilight was, and I didn't care.
But ask me now . . . I can tell you when Edward Cullen was born, when he "died", how tall Jacob Black is (oooh, Jacob. Sorry), and pretty much a dozen other stupid teenage girlie things you'd want to know about the greatest vampire story ever written.
But finally, next month, Harry will be out and the wait will be over. It better be worth it (I think it will).
Mmmmm, that wine is starting to hit the right spots.
Steve is working tonight. That sucks. He's been working a lot of nights and I hate that. The only good thing is, when people call to see the house, there's usually someone here to get Buster boy and hit the bricks.
Well, that's it for now. Typing is getting a bit more difficult.
Be back soon.
Later-