Showing posts from May, 2018
Show all

The end of another series 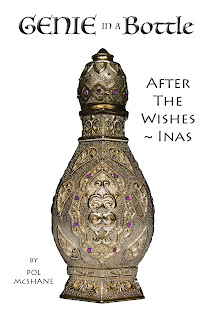 Well, it's here, the final installment of the Genie in a Bottle series-After the Wishes~Inas. It's always bittersweet when I finish a series of books. But with the Genie books, I felt a real connection. After hearing Christina Aguilara's song, and the flood gates opened, the storyline, characters, and books came almost too easily.

Little secret: After the Wishes~Inas almost didn't happen. The original series was supposed to be a trilogy, with only The First Wish, The Second Wish, and The Third Wish. I had planned on an entirely different ending than the one that ultimately came to be.

The final installment is told by the genie, Inas. It was extremely fun to write in his point of view, and I think added a whole new element to Madison and Inas's story.