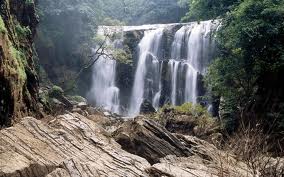 Not sure if it's really all that manly to be full of giddiness, but I don't know of any other way to describe it.
One of the rules of blogging, especially for a writer, is not to bore your readers with the same old subject over and over.  But Luthor is a major part of my life right now, and things are beginning to change because of it. And the title of this blog is the daily ups and downs of  an up and coming writer, and over the past few years there have too many downs.  I am on the way up, and I'm gonna shout it from the top of a mountain (from the top of Pike's Peak, eventually).

I just got done preparing a couple of packages for some people who have purchased signed copies of Luthor.  And as I was doing it, I was so happy. Actually over the past few weeks I have been so happy.  Sales have been great.  People have been talking to me about the book and telling me about the emotions it took them through and how if effected them.  Each time I hear something new, it makes my heart beat a little bit faster.

I've been working on the marketing aspects of things and learning a ton of new stuff.  I honestly feel inside that things are about to change for me (for us, actually, Steve and I), and it's an incredible feeling.  I will admit that there were plenty of times when I was filled with a feeling of hopelessness and despair where my writing was concerned.  I never gave up, but shit, I wanted to so many times.
I'm so glad I didn't.

While it's true that this is only the beginning (Luthor's only been available for about a month), and I have a lot of work ahead of me, but the energy I have coursing through me is different than I've ever felt before.

And to everyone who has purchased a copy of Luthor, and who now understand what I have been talking about when I say how much the character has touched my life, I thank you.  And to those who have yet to read his story- WHAT THE HELL ARE YOU WAITING FOR?

Seriously, thank you everyone! Thank you so much.

So, I'm sorry if I may be hammering away at everyone about this book, but there will  be a time when people will look back and say, "I remember when that book just came out. Look how far he's come."

And don't forget to swing by my site every once in a while, too.  You never know when the store's gonna have something special:
www.polmcshane.com