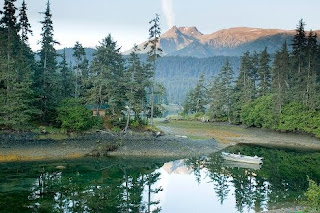 Well today kinda sucked. It seemed to start out on the right foot, but quickly tripped and stumbled down a long, treacherous hill. There was nothing too life altering about it. It was just one of those days at the day job that I still have, that I should have been able to quit by now if things had gone the way they were supposed to. But, no, I'm still there. And there are days, such as today, when it is a bit tougher than usual. For the main reason, because I know I should have been gone by now. Another because (God forbid) if nothing does happen that allows me to quit early, I'm only four years from retirement. That alone makes tough days just a little tougher. I think it's called Short-timers, or something like that.
It's just more crap piled onto the crap from the week before that and the month before that. It's just the never-ending cycle of a day-to-day job.
And there are days, like today, when it feels like it may be too much. They have piled one too many pieces of straw onto this camel's back. There was a time today where I saw myself standing up and walking out. Waving goodbye to everyone with one finger. But I knew that when I got home, my husband would most likely break that finger when he found out what I had done.
So, took a deep breath. Took another one. Took another one . . . hyperventilated a little, and tried to calm down. It didn't work all that great.
So, I came home, walked the Buster boy and poured a big glass of wine. That seems to be doing the trick. Whoever came up with that breathing thing didn't have wine readily available.
The good thing that comes out of day like this, though, is that I really pushes my writing in high gear. It gives me that extra umph to get letters out and find someone to take me away!
Speaking of my writing, I am close to finishing the first draft of the second installment of the new series. This past weekend proved to be momentous. There were a few bad things that happened to very nice characters, but it was something that had to be done. And those bad things are still continuing, and it's slightly difficult, but at the same time, it's so fun. That's why I love writing. What other time can you make someone suffer with projectile vomiting, diarrhea, and excessive bleeding and not get arrested or suffer eternal damnation in the fires of Hell?
Well, I'm done ranting for now.
I hope the rest of your day goes better than mine.
Be nice to each other.