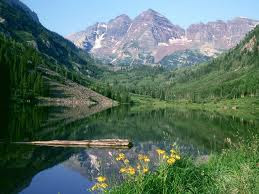 It Sunday. Steve's been working all day. He's been working a lot lately. But on the brighter side of that, I've been getting a lot of writing done on the second book. I did some great work today. Actually had one of those moments when I started getting teary-eyed because something bad happened to the main character. Even though it may sound weird, I love those moments. I hope that it effects readers the same way.
I've been trying not to think about getting screwed out of my movie deal, but lately it's been all I can think about. It irritates me that the "producer" seems to have no qualms about pushing me out. After five years! Steve keeps telling me that she'll get her's one day. What comes around goes around. I only hope that's true. We're really hoping that this new series will get picked up and be as big as we dream it will be. Then that b-- "producer" will be sorry she doesn't have me in her corner anymore.
What really bugs me is that for years, with every change she said she was going to do, we kept saying, "Just let her do it, she knows what she's doing. As long as we get the money and the movie gets made." Well now we aren't getting any money (exactly what she planned, most likely) and the movie is being made, but it's her movie. Her version, that is nothing like my book. You know what? It better not be, that's all I can say.
I just hate feeling like I got taken advantage of, and that's all I feel.
Oh, well. This, too, will pass.
Okay, I'm done complaining for today.
Later. Be nice to each other. Don't promise things for five years and then break that promise.