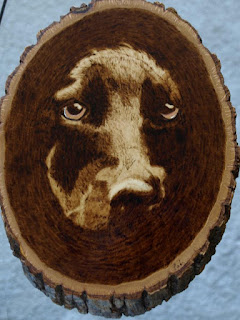 It's Sunday, and that means it's the last day of my vacation. It's been a good week, though. I did well at the gym, and I finished a burning, which would have taken forever if I had not been off. I've been practicing the guitar. Going to the gym and I've been reading The Face, but can't really get into it. And that bothers me because it's a Koontz book and I have never read any thing of his that I wasn't crazy over. But it was bound to happen. I currently have 24 Dean Koontz books, and will be adding again shortly.
Anyway, I've been doing a lot of productive stuff while I was off. And I also found time to lay around and do nothing. I can't wait for that day to come!
It will come one day. It the not-too-distant future.
Other than that, everything's been pretty much the same. Waiting for Luthor back from the editor so I couldn't do anything with that.
No word on the movie lately. I think the economy kind of slowed that train right down. Maybe when The Rise of the Son is published it will give it some more kick.
Okay, that's it. I got shit to do.
Later-