- January 16, 2013
It's only been four days since Inanimate Objects has been out, but it's already making people talk. And that's exactly what should be happening. And that makes it all worth while. Over the many years I.O. had been written and rewritten, through the many edits, and various Word version changes. (Actually, when This book was FIRST written, it was done on a Brother typewriter that was the newest thing because it had a screen on it, and you could type a whole sentence and see it before the machine would start typing. At the time, it was super cool.)

Anyway, all the work that went into this book is worth is when I start hearing people talk about it. Scenes and events in the story that only Steve and I have known of for 20 years, people are getting to experience.
And that right there just makes writing great.

I want say, although I've always loved writing (even tried to quit one time, but my heart wouldn't let me), it had lost a bit of the thrill through the years of struggling to find a publisher.
But now, as an indie author, and the popularity and success of eBooks, I'm able to release the books I write to fans, and they can actually be read, whereas before, that wasn't possible.
And over the past year, I have had more fun with my writing than I can remember.

With the success of Luthor and Blue Moon, The Rise of the Son, and now Inanimate Objects, I feel pretty damn good.

And it's only the beginning.

With Squish-Squash coming out next, then the 1st installment of the new erotica series, and the FINAL installment of the Blue Moon Saga, and part 2 of Inanimate Objects . . .
Hang on, it's gonna be a crazy ride because-
writing is fun again! 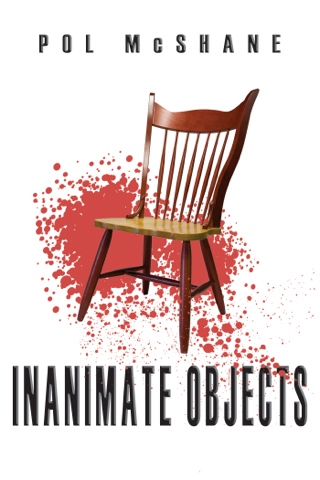